His Eminence Archbishop Elpidophoros of America 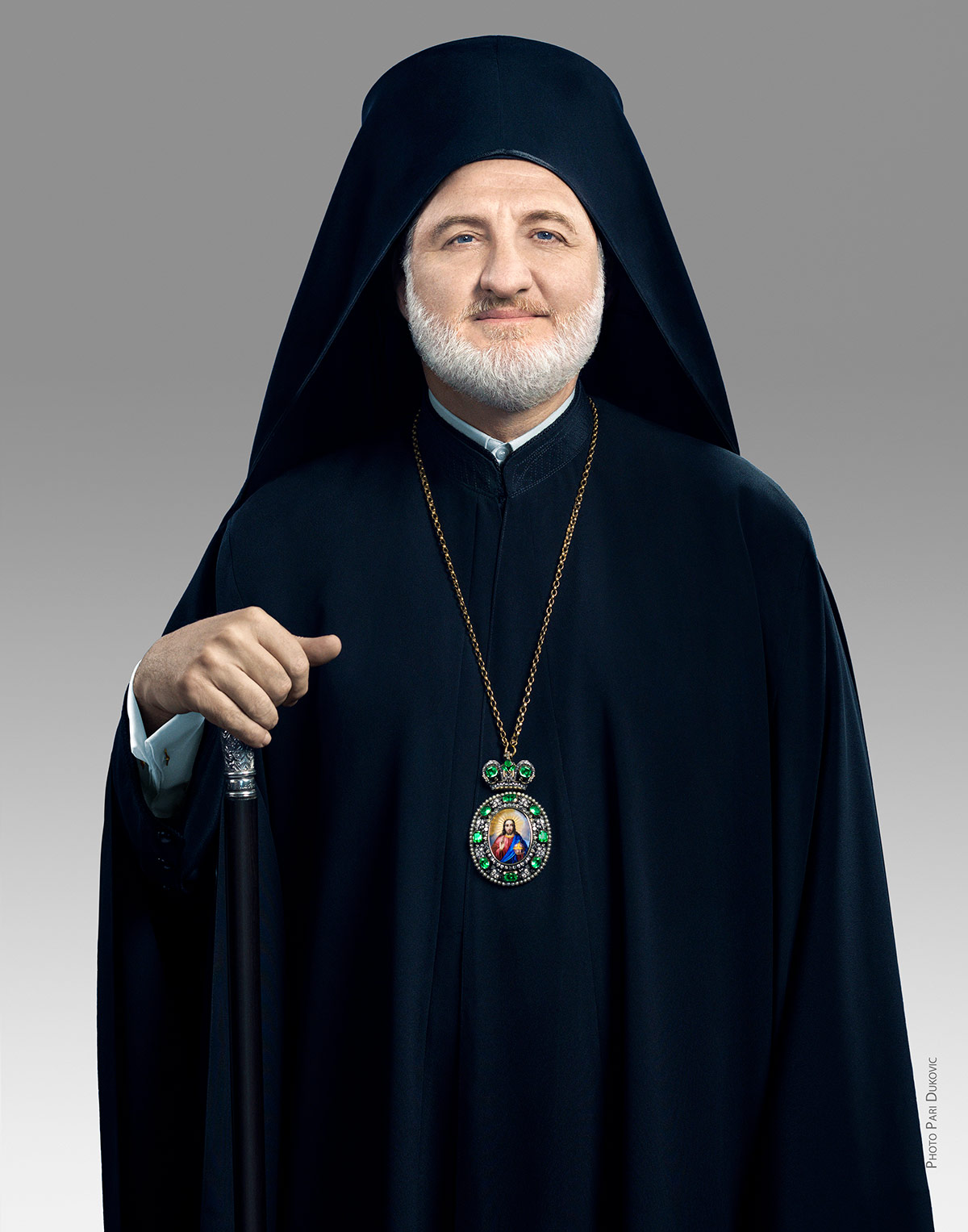 His Eminence Archbishop Elpidophoros (Lambriniadis) of America, Most Honorable Exarch of the Atlantic and Pacific Oceans, is the eighth Archbishop of America elected since the establishment of the Greek Orthodox Archdiocese in 1922.

Archbishop Elpidophoros was born in 1967 in Bakirköy, Istanbul. He studied at the Aristotle University of Thessaloniki — School of Pastoral and Social Theology, from which he graduated in 1991. In 1993, he finished his postgraduate studies at the Philosophical School of the University of Bonn, Germany, submitting a dissertation entitled, “The Brothers Nicholas and John Mesarites: Defenders of Orthodoxy in the Union Negotiations from 1204 to 1214 (in the historical and theological framework of the era).” He was ordained a Deacon in 1994 at the Patriarchal Cathedral and was thereafter appointed as the Codecographer of the Holy and Sacred Synod of the Ecumenical Patriarchate.

In 1995, he was appointed Deputy Secretary of the Holy and Sacred Synod. From 1996-1997 he studied at the Theological School of St. John the Damascene in Balamand, Lebanon, where he improved his knowledge of the Arabic language. In 2001, he presented his doctoral dissertation at the Theological School of the Aristotle University of Thessaloniki under the title, “The Opposing Stance of Severus of Antioch at the Council of Chalcedon,” earning him a Doctorate of Theology with highest distinction. In 2004, he was invited to Holy Cross Greek Orthodox School of Theology in Brookline, MA, where he taught as a visiting professor for one semester.

In March 2005, at the proposal of His All Holiness Ecumenical Patriarch Bartholomew, he was promoted by the Holy and Sacred Synod to the position of Chief Secretary and was ordained to the priesthood by the Ecumenical Patriarch in the Patriarchal Cathedral. In 2009, he submitted two dissertations to the Aristotle University of Thessaloniki — School of Pastoral and Social Theology and was unanimously elected Assistant Professor of Symbolics, Inter-Orthodox Relations and the Ecumenical Movement. The dissertations are entitled: “The Synaxes of the Hierarchy of the Ecumenical Throne (1951-2004)” and “Luther’s Ninety-Five Theses: Historical and Theological Aspects. Text – Translation – Commentary.”  In 2018, he was elected full professor at the same university, a position he held until his election as Archbishop of America.

In March 2011, he was elected Metropolitan of Bursa, and in August of the same year was appointed Abbot of the Holy Patriarchal and Stavropegial Monastery of the Holy Trinity on the island of Halki. He has served as the Orthodox Secretary of the Joint International Commission for the Theological Dialogue between the Orthodox Church and the Lutheran World Federation and as a member of the Patriarchal delegations to the General Assemblies of the Conference of European Churches and the World Council of Churches. He was the Secretary of the Pan-Orthodox Synods in Sofia (1998), Istanbul (2005), Geneva (2006), and Istanbul (2008). He has been an active member of the World Council of Churches serving on its Central Committee and also serving on its Faith and Order Commission since 1996.

On May 11, 2019, he was elected Archbishop of America by the Holy and Sacred Synod of the Ecumenical Patriarchate and was enthroned at the Archdiocesan Cathedral of the Holy Trinity in New York City on June 22 of the same year.